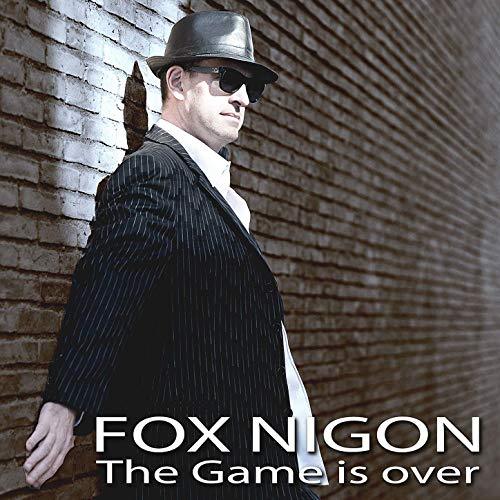 The songwriter and producer of rock and modern blues known as Fox Nigon has released his latest official single, “The Game Is Over.” The single has been released in both an extended edition and one edited for radio, as well as with an official music video available for viewing now (link provided below). It has been proudly published as an independent release without the involvement of the corporate music industry. Evocative, heartfelt and sad in a way modern blues often is not, “The Game Is Over” showcases Fox Nigon as one of the most intriguing blues artists of the year so far and promises he has plenty more where that came from.

Originally from Lorraine, France, Fox Nigon cites as main artistic influences Joe Cocker, Banners, Ed Sheeran, Simply Red, James Blunt, David Bowie, Blondie, Tina Turner, and even Bob Marley. Nigon’s own sound takes elements from several of these – particularly Joe Cocker, with whom he shares a gritty yet natural vocal texture – and adds a unique tenderness for a result blues fans worldwide will appreciate. With an emphasis on delicate piano, hypnotic harmonies, and surprisingly intimate lead singing, “The Game Is Over” by Fox Nigon has a little something for every blues fan.

Asked to describe the overall meaning of “The Game Is Over,” Fox Nigon writes, “This song tells the usual story of 50-year old men looking for changes in their life, especially their love lives. These changes often come to destroy what really matters to them, wife, children, family, friends … What they have spent all their lives to build!”

Today, Fox Nigon writes and composes in Spain, records in France (Toulouse) and in the UK (Cheltenham and Liverpool). He mainly performs in Europe. “The Game Is Over” has enjoyed universal critical acclaim, perhaps most notably from Rolling Stone Magazine. Fox Nigon speaks often about the importance of his lyrics to his music, particularly with regard to a stroke he suffered in 2007 which, in addition to inspiring much of the music from his first record, also led him to found France AVC, an organization for stroke research and prevention.

Fox Nigon’s current bio concludes: “Today, he shares with us his dark vision of the world, but always full of hope. With very personal lyrics, neat music, and a particular voice, this dark crooner who never leaves his hat and sunglasses found his true style after a stay in Liverpool, where he plunged back into the sources of rock and English pop.”

Fox Nigon’s “The Game Is Over” is available from over 600 quality digital music stores online worldwide now. Get in early, modern blues fans.