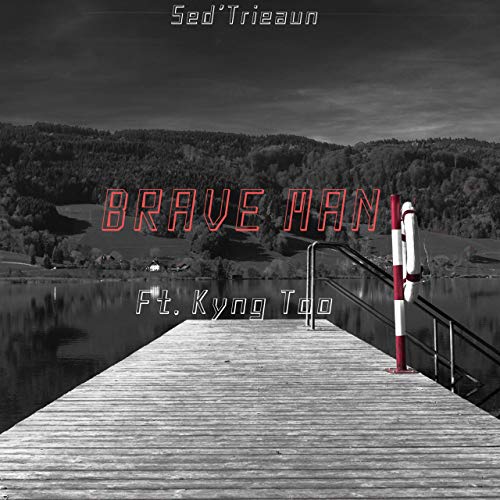 The songwriter and producer of hip hop known as Sed’Trieaun has released his latest official single, “Brave Man (ft. Kyng Too).” The single has been proudly published as an independent release without the involvement of the corporate music industry on the MUMD record label. Aggressive, creative, and laced with futuristic trip-hop elements, “Brave Man (ft. Kyng Too)” showcases Sed’Trieaun as one of the most intriguing hip-hop artists of the year so far and promises that he has plenty more where that came from.

The American South’s Sed’Trieaun cites as main artistic influences Lupe fiasco, Royce da 5’9, Sy Ari da Kid, and Saint Jhn. Sed’Trieaun’s own sound takes elements from each of these and adds something fresh and unique for a result unlike anything today’s music fans have heard before. Bringing ground-level grit, energetic rhymes, and more than enough dramatic narrative for an epic urban poem, “Brave Man (ft. Kyng Too)” by Sed’Trieaun has a little something for everybody.

Asked to describe the overall meaning of “Brave Man (ft. Kyng Too),” Sed’Trieaun writes, “The world is a crazy place, but there has to be someone to lead us into the light. Even if you’re in a dark space currently, just remember it’s always darkest before dawn!”

Adversity and triumph decorate Sed’Trieaun’s past. Born at Hurley Hospital in Flint, Michigan, Sed’Trieaun learned a love for music at an early age from his grandfather. Falling in love with the Motown sound, he has said he considers wanting to be one of the Temptations to be his original musical dream. His current official bio states that he sees his musical talent as a gift and a curse, since he learned to rap from an abusive former stepfather. After the abusive years, Sed’Trieaun and his mother moved to the south for a chance at new opportunities.

“Brave Man (ft. Kyng Too)” by Sed’Trieaun on the MUMD label is available from over 600 quality digital music stores online worldwide now. Get in early, hip-hop fans.